From FountainPen
(Redirected from Williamson)
Jump to: navigation, search
This page is a translated version of the page Williamson and the translation is 100% complete.

The Williamson brand has a very interesting story, and is considered among the most important Italian manufacturer between the wars. But the original company was not Italian but American and active from the end of 1800s. The Italian company seems instead to be born initially as import distributor for the pens produced in the United States, achieving a success that survived at the closing of the original company.

The Williamson-Torino fountain pens stands out for an high quality production (especially for their ringed celluloid) and are among the most interesting pens produced by Italian second tier companies. The production seems to be continued until the 50's.

Williamson, or more precisely Williamson-Torino is one of the companies born in the district of Settimo Torinese among the most interesting, both for its history than for its production. In fact the story originated from the Williamson Pen Co., an American company that seems to have been active in the production of nibs from the end of 1800. Although the origins of this company is uncertain, it is certain that Edgar E. Nelthorpe and George H. Williamson are the co-holders of a 1899 patent (nº US-632320) for a pen is very similar to the Parker Jointless and we use this date as reference for the company birth. First pens were equipped by a nib marked by inventors names: "N & W".

The company, also known as WmSon was based in Janesville not far from the Parker plants, and at the end of the 1800 was known for its production of good quality gold nibs, mother of pearl dip pens and hard rubber fountain pens. Even the ties between the Williamson Pen Co. and Parker, apart from the neighborhood, are not very clear, if not for the fact that Edgar E. Nelthorpe left Williamson for the latter in 1900. It seems that some patents have been used jointly by the two companies. 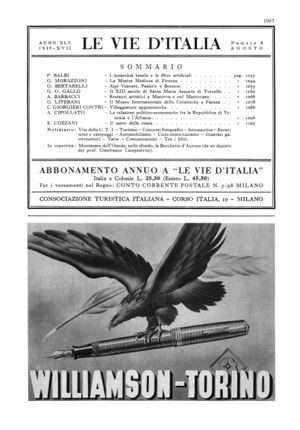 The story of the Williason-Torino starts instead around 1906, indicative date, when Riccardo Amisani began importing Williamson pens from the U.S. and distribute them in Italy.[1] At that time it did not still exist an Italian producers that could compete on equal terms with American and British producers. The Williamson pens were good quality and enjoyed quite a good success, which prompted Amisani to start a local production of spare parts. From this first period in Italy were distributed lever filler and safety pens very similar to the corresponding American models; in a second time there was a production of flat top in celluloid, clearly inspired by Duofold. These pens have the imprint for a N. 4497 patent, with the date (found on a safety) of 1912-01-27.

Unfortunately the American company, which at the beginning of the century had achieved good results in the United States, could not withstand the competition pressure from its neighbours, and had a gradual decline that led it to its closing, which occurred at the beginning of the 30s. In the meantime however the Italian fountain pen industry developed, in particular in the district of Settimo Torinese, which led Amisani, who since 1921 had registered the trademark (Reg. Gen. N. 20926) on his name, to create an independent production under the name of "Società Anonima Penne a Serbatoio Williamson" a company founded in the early '30s and located in Via Pr. Amedeo, 12, Turin. In the original registration there is a reference to the trademark transfer to the "Soc. An. Penne a Serbatoio" in August 1934, which places a limit on the birth of the new company.

In the '30s the company was manufacturing good quality fountain pens, these, as for the whole Italian production, were clearly inspired by American models. In particular, the Williamson was known for the production of imitations of the Vacumatic, with ringed celluloid pens of excellent workmanship and good quality which have little to envy to the original from Parker. These were produced in four sizes with excellent flexible nibs.

According to Letizia Iacopini the company changed its name and location after the WWII, becoming the "Metron Società Anonima Officine Piemontesi Penne Stilografiche Williamson", and moving in Via Madama Cristina 132, Turin; to this company belongs to the re-registration of the trademark done in 1943 (Reg. Gen. N. 69052). After war production were some interesting Parker 51 imitation. These pens were made in ringed celluloid in a wide range of colors, with button filler and metal cap.

The company ceased operations in the '50s, killed as many others producer of the Settimo Torinese district by the advent of the disposable ballpoint pen, but it is still active at least until 1956, resulting in the general industry directory of that year.[2]